The Shaping of Americans

By listing 88 books published between 1751 and 2002, the Library of Congress seeks to begin “a national conversation on books written by Americans that have influenced our lives whether they appear on this initial list or not.” . You can take an online survey on the list at http://www.loc.gov  and nominate other titles for inclusion.  It is likely much of the conversation will be conducted in social networks, in media that encourage rants or snippets of opinion more than sustainable conversations.  Conversation in twenty-first century America is a fossil, one of the lost human arts. 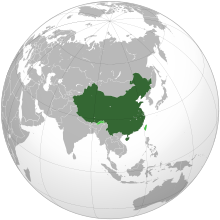 To address the growing interest in African American literature and culture at HuaZhong Normal University (Wuhan) and other institutions in China, I have given lectures there since 2009.   Chinese auditors, however astute and savvy they are, may be easily confused by the literary critical games played in the West.  Often they do not understand the cultural dynamics of academic trends.  Why do Western critics so dread the absolute, the essential, and the certain?  The reasons, of course, are at once philosophical, racial, and political.  One must exercise care in explaining that the universal is not universal but merely a smokescreen for intellectual hegemony, that deconstruction can too often be a weapon of massive destruction.
Read more »
Posted by The HBW Blog at 9:23 AM 1 comment: