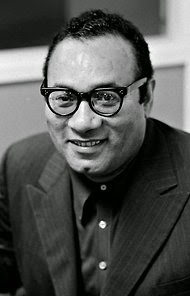 In a 1998 interview with In Motion Magazine, Piri Thomas said that he was inspired to begin writing when, as a child, he noticed that "The stories on the radio were about Jack Armstrong, the All-American Boy, and Terry and the Pirates, but there was never one story about Pancho, or Maria, or Jose."

His own name reflected that tension.  Born Juan Pedro Tomas, his name was soon anglicized to John Peter Thomas--a change he didn't care for, opting to go by Piri, his mother's nickname for him.  That sense of racial and cultural isolation haunted the late Thomas (1928-2011), a poet, novelist, and memoir-writer born to a Puerto Rican mother and Cuban father in the Spanish Harlem section of New York City.  Issues of racial, ethnic, and national identity permeate Thomas's works, including,  most famously, his 1967 memoir Down These Mean Streets. 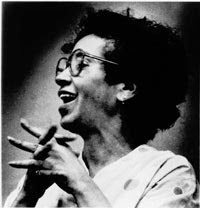 African American author and playwright J. California Cooper passed away on Saturday, September 20, 2014, in her home of Seattle, Washington.  She was 82 years old.

"I was telling stories before I could write," Cooper once said.  "I like to tell stories, and I like to talk to things.  If you've read fairy tales, you know that everything can talk, from trees to chairs to tables to brooms.  So I grew up thinking that, and I turned it into stories."

Cooper had already experienced quite a bit of success as a dramatist, even winning the 1978 Black Playwright Award, when Alice Walker attended a performance of one of Cooper's plays and suggested she switch to fiction, instead.

"'[Walker's] advice to my mother was you should write short stories or novels because it was easier to get paid,'" said Paris Williams, Cooper's daughter, in an interview published September 23. 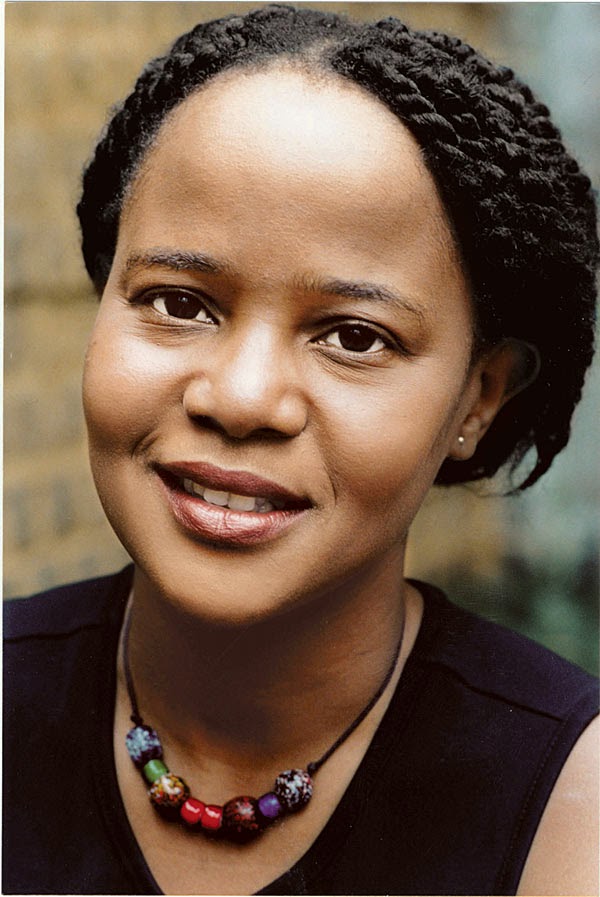 Of particular interest in their dialogue are the issues of race, class, gender, and borders. These are not unfamiliar themes in the work of both Díaz and Danticat.

The historical realities of slavery in the United States created social conditions in which whites viewed Black bodies--particularly Black women's bodies--as sexually available.  As a result, African Americans have been subjected to sexual violence, both threatened and realized, at increased rates throughout U.S. history.

African American writers have dealt with this reality in a number of ways.  In order to combat the stereotype of the sexually promiscuous and "loose" Black woman, many writers elided African American women's sexuality entirely from their texts, instead embracing behaviors and attitudes toward sex similar to those of the white middle class, whose ideas about sexual morality were rooted in Victorian notions of ideal gender behavior.  Doing so, however, often meant having to downplay or ignore the very real impact that sexual assault had on the lives of far too many Black women and men.

Narratives about the pain of sexual violence on African Americans, especially African American women, have since become more common, allowing both writers and readers space to negotiate their understandings of rape and sexual assault in the context of a society that often sought to represent the victims of this violence as always willing and therefore "unrapeable."

In recognition of Sexual Assault Awareness Week here at the University of Kansas, this post will highlight a few works that deal with the physical, emotional, and mental effects of sexual violence on African Americans.

Email ThisBlogThis!Share to TwitterShare to FacebookShare to Pinterest
Labels: Lists 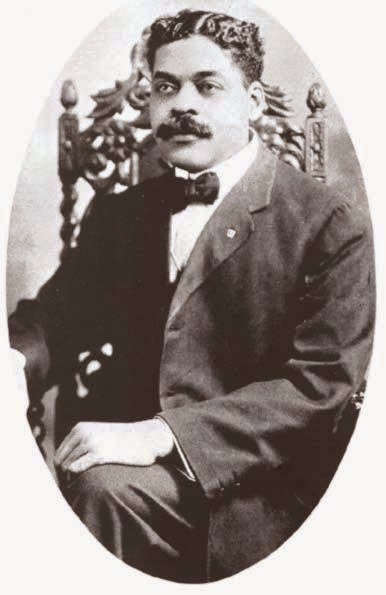 In honor of National Hispanic Heritage Month (September 15 - October 15), the HBW Blog will be featuring short weekly posts on Afro-Latin@ writers and scholars.  We begin our series with Arturo Alfonso Schomburg.

When Arturo Alfonso Schomburg was a young boy attending school in Puerto Rico, one of his teachers told him and his classmates that people of African descent had no history or accomplishments worth celebrating, no heroes worthy of the name--in short, that there was nothing noteworthy in their past or present.

Schomburg always remembered that teacher's words. Born in 1874 to a freeborn Black midwife and a mestizo merchant of German ancestry, the Afroborinqueño (or Black Puerto Rican) Schomburg used the outrage he felt that day to fuel a life devoted to honoring the history, culture and accomplishments of Black people, including fellow Afro-Latin@s.

Email ThisBlogThis!Share to TwitterShare to FacebookShare to Pinterest
Labels: Afro-Latin@s 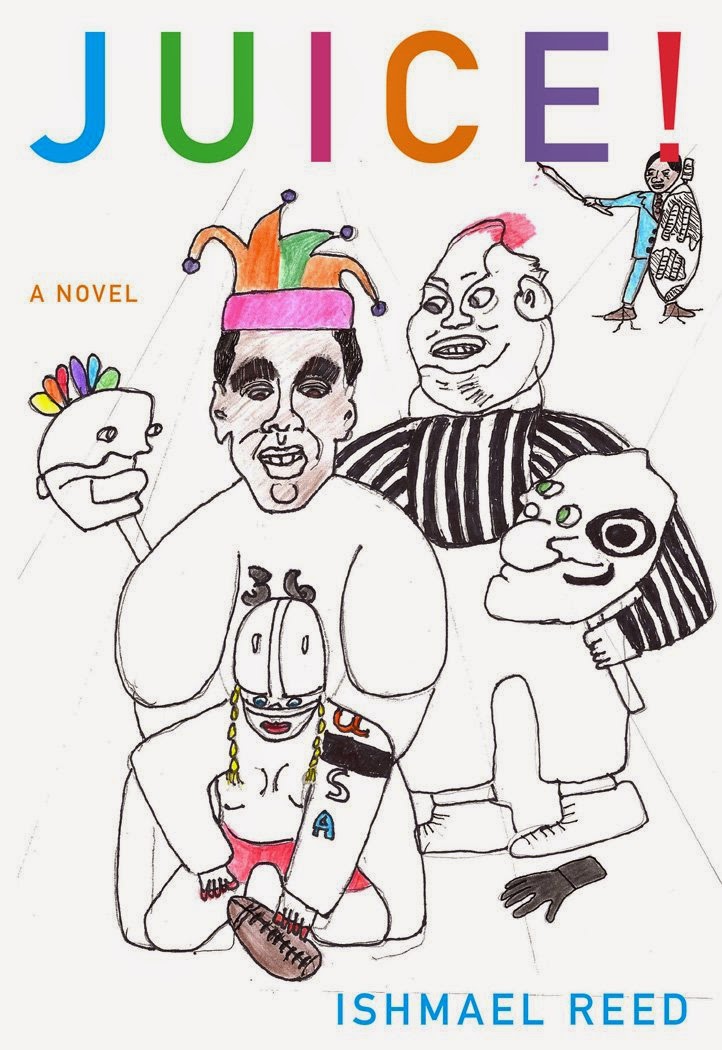 Editor's Note: The Project HBW Blog mostly traffics in shorter pieces, but from time to time we like to present our readers with a longer piece, as well, in a feature we call Taking the Long View.  For this installment, we feature scholar Yuqing Lin's insightful, challenging review of Ishmael Reed's recent novel Juice! Thanks to HBW Lead Blogger Dr. Jerry W. Ward, Jr., for passing along this piece of scholarship.

Ishmael Reed’s new novel Juice! (2011) focuses on the American media and, dissecting their exploitation of the O.J. Simpson criminal trial, its manipulation of public consciousness. By tracking years of news and commentaries in media, Reed shows the segregated media’s sick obsession with O. J. and the black male image, and uncovers the hypocrisy of “post-race” racial politics. Under his scrutiny, the reader finds that with the social climate turning right and more conservative, media discourse is becoming more totalitarian under corporate operation. Reed dissolves the traditional novel plot and juxtaposes reality and imagination by using news clips, cartoons, scientific documents, and court transcripts. The novel includes both human and animal characters connecting Reed’s work to thousands of years of North American storytelling. Reed’s grandmother on his father’s side was a Cherokee Indian. He constructs a narrative space to question the segregated media’s bias and racism.

Jamaica Kincaid, the American Book Awards, and the Limits of Autobiography 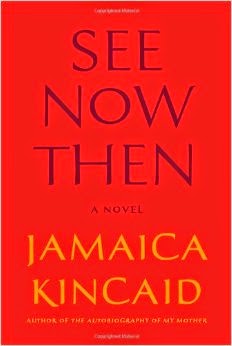 On August 14, the 19 honorees for the 2014 American Book Awards were announced.  Among them was Jamaica Kincaid, the Antiguan-American semi-autobiographical novelist and essayist recognized for See Now Then (2013), her first novel since 2002's Mr. Potter.

The American Book Awards recognize "excellence in American literature without restriction or bias with regard to race, sex, creed, cultural origin, size of press or ad budget, or even genre."  Now in their 35th year, the ABAs have no set categories, no nominees, not even a standard number of awards; instead, Ishmael Reed's Before Columbus Foundation allows the "natural process" of diversity to occur, recognizing the multiculturalism that the BCF sees as the inherent definition of American literature.

HBW and the Blog: A Note from the New Editor 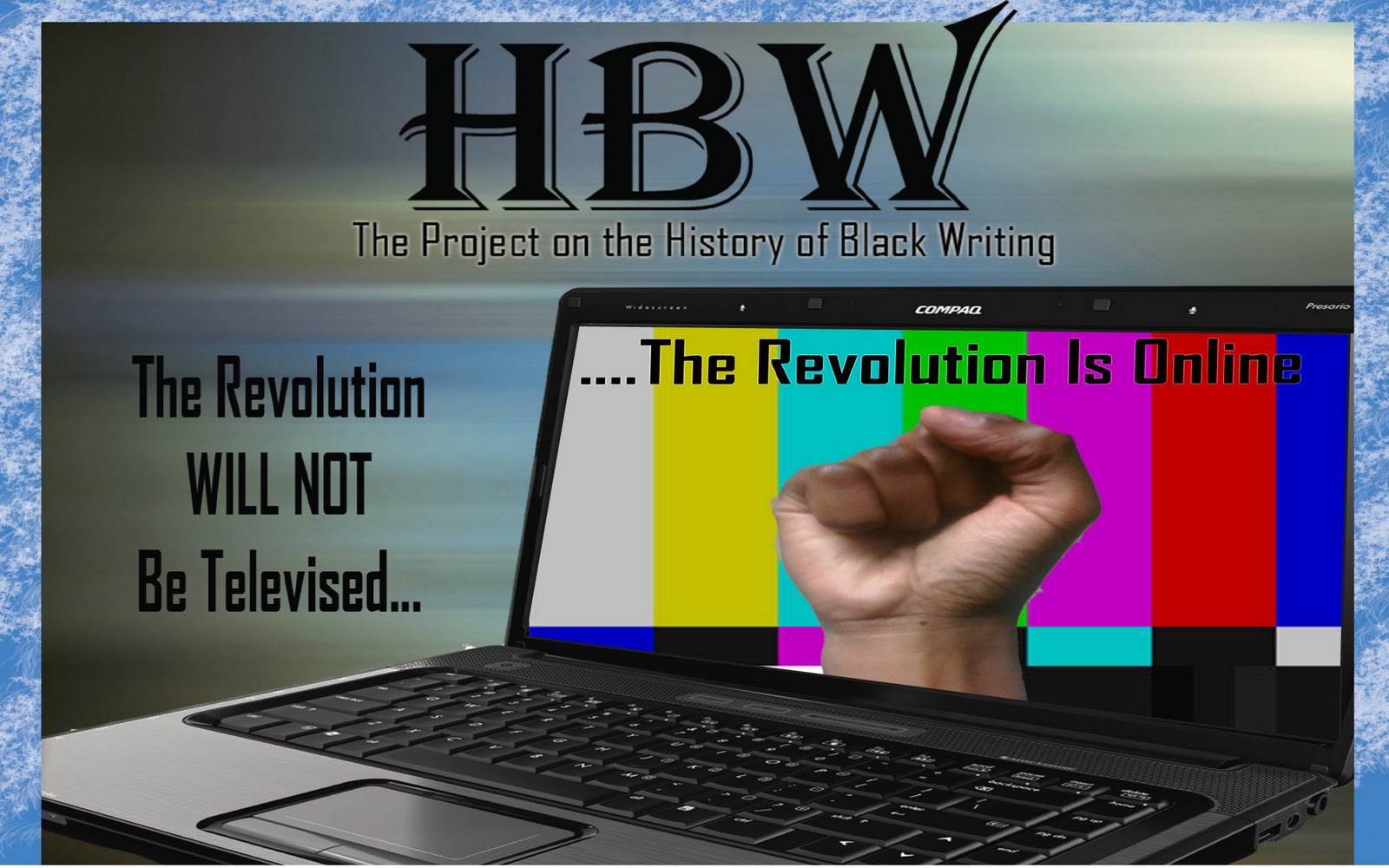 In 2011, Kenton Rambsy created the HBW Blog with the aim of "extend[ing] the efforts of HBW by identifying and highlighting topics related to African American and America literature."  He particularly wanted to draw attention to "black literary history, contemporary developments in the production of black writing, digital humanities, and literary scholarship that pertains to African American writers."

Around this time last year, Goyland Williams announced that he had taken over as editor-in-chief of the HBW Blog.  He shepherded the blog through HBW's thirtieth anniversary, spearheading the "Looking Back" Video Series that highlighted the contributions of current and former HBW contributors, like HBW founder Dr. Maryemma Graham, lead HBW Blogger Jerry W. Ward, Jr., Eugene Redmond, and Michael Eric Dyson.

With Goyland and Kenton both moving on to pursue other opportunities in their academic careers, I have been given the opportunity to assume the mantle of editor-in-chief by taking responsibility for the day-to-day running of the blog.  I'm also taking on the role of Project Digital Initiative Coordinator, helping to continue and expand HBW's digital presence through social media and the digital humanities.