The Excellent Absurdity of Legitimate Rape: A Note on Art and History 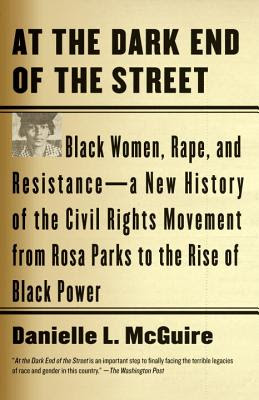 The American mind seems to have a limited capacity for dealing with either the diachronic or synchronic aspects of issues.  That is unfortunate.  However, if we seek to overcome those limits, we discover a profound need to deal with the absurd.  In August 2012, we had occasion to consider the excellent absurdity of legitimate rape.

It seems to me, first of all, from what I understand from doctors, that’s really rare.  If it’s a legitimate rape, the female body has ways to try to shut that whole thing down.

Had Akin momentarily become the anti-hero of Voltaire’s novel Candide and were his unguarded remarks  informed by the twisted beliefs of Dr. Pangloss?  Was he at all aware of what Mark Twain, a famous writer from Missouri, had said about the madness of “rape” in King Leopold’s Soliloquy?  Perhaps not.  Few of our politicians can demonstrate cultural literacy.  But from the angle of literary analysis, it seemed Akin had uttered a proposition about “rape” that was itself “legitimated” by the genocidal “rape” of indigenous peoples to obtain the Lebensraum that is now the United States of America.  From the angles of cultural analysis and biology, it seemed Akin was dead wrong,  because “legitimate rape” of the African female body during the period of slavery so frequently resulted in pregnancy. Akin suffered from the convenient amnesia that for thousands of years has made rape legitimate. Much of the outrage about his statement pertained, I suspect, to his treachery in revealing a secret that was no secret.
Read more »
Posted by The HBW Blog at 9:18 AM No comments:

The White Minstrelsy of American Politics

It is smart because Taylor and Austen chose not to ape Eric Lott’s Love and Theft: Blackface Minstrelsy and the American Working Class (1993) or to mimic Robert C. Toll’s Blacking Up: The Minstrel Show in Nineteenth-Century America (1974).  Instead they focus on the centrality of minstrelsy in cultural expressions and suggest we should care about that expressive tradition because American “culture wouldn’t exist without minstrelsy” (5).  Take their exaggerated claim with a grain of pepper: American culture would be duller and safer without minstrelsy, but it would exist.  Nevertheless, their attractive work should have a companion volume entitled Darkest America: White Minstrelsy from Colonial Conquest to Social Pathology.

Eugene B. Redmond and Cultural Documentation 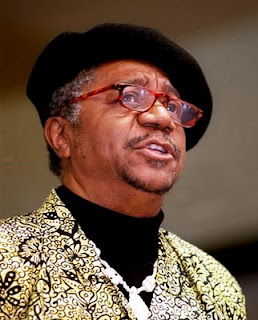 Eugene B. Redmond turns seventy-five on December 1, 2012.  It is obligatory to make a few notes about his legacy to world culture and the world of letters.

How many of his fellow writers has he helped to scrub a river’s back by publishing them in Drumvoices Revue?  How has his invention of the “kwansaba” enriched poetics?  How does his extensive collection of photographs, housed in the Elijah P. Lovejoy Library at Southern IllinoisUniversity Edwardsville, constitute an invaluable archive for research on writers and artists?  How do Redmond’s poems exist as works of art and as models for work to be assumed by individuals in a tradition, by people who have not committed artistic or intellectual suicide?  What impact has his neologic signature had on our use of poetic languages?  How does his now classic Drumvoices: The Mission of Afro-American Poetry (1976) serve as our prototype for critical, humanly engaged scholarship?
Read more »
Posted by The HBW Blog at 7:47 AM No comments:

The Function of Voice: Narrating in the Third Person 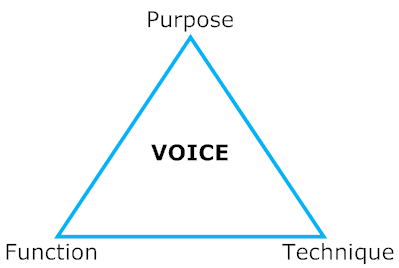 My discussion of Zora Neale Hurston and Richard Wright and their use of African American Vernacular English in their short stories led me to think about other short story writers and how their use of third person narrative voice can possibly reveal insight into the relationship between black writers and their reading audiences. In addition to short stories by Hurston such as “Spunk” (1925) and “Sweat” (1926) and by Wright like “Big Boy Leaves Home” (1936) and “The Man Who Lived Underground” (1944), Charles Chesnutt’s “The Wife of His Youth” (1898) and Rudolph Fisher’s “The City of Refuge” (1925) also utilize the third person to relate information to their reading audiences. The frequent appearances of these stories in anthologies over the decades might mean that we should give more attention to the common narrative modes that the writers adopted. 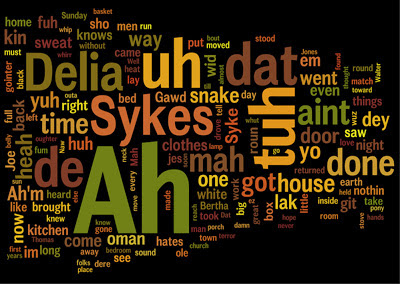 Often times, there is a major emphasis placed on the ideological differences between Zora Neale Hurston and Richard Wright. In some respects, the tendency to highlight their differences overshadows their similarities. Besides, perhaps their writings have more in common than accounts of the differences imply.

I recently decided to focus on what the writers had in common specifically concentrating on how they used language in their short stories. To aid in my investigation, I used the text-mining program Voyant to analyze Hurston’s “Sweat” (1926) and Wright’s “Big Boy Leaves Home” (1938). Voyant is a free text analysis program that allows its users to sift through digitized texts and pinpoint similarities and differences among a number of texts. 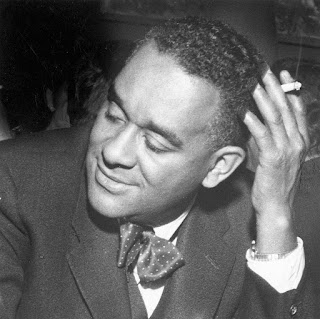 
Q:  Where can I read more about how Wright employed philosophy in his writing?  Who did he drawn on and what political experiences was he responding to?

A1:  You can read Philosophical Meditations on Richard Wright (Lanham, MD: Lexington Books, 2012), edited by James B. Haile, III and The Other World of Richard Wright: Perspectives on His Haiku (Jackson: University Press of Mississippi, 2011), edited by Jianqing Zheng.  These books will inform you about Wright’s uses of Western and Eastern philosophies.  To gain some insights about how philosophy was an integral part of Wright’s life and creativity, you should the biographies of Wright by Constance Webb, Michel Fabre, Margaret Walker, and Hazel Rowley.
Read more »
Posted by The HBW Blog at 8:16 AM No comments: 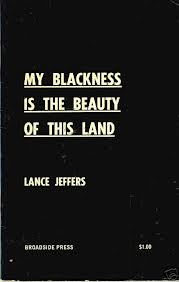 Equating the power of Lance Jeffers’ mind with intellectual passion, Eugene Redmond proclaimed in his introduction for When I Know the Power of My Black Hand (1974) that Jeffers was “a giant baobab tree we younger saplings lean on, because we understand that he bears witness to the power and majesty of ‘Pres, and Bird, and Hodges, and all’ “(11).  In bearing witness to fabulous musicians, Jeffers left evidence in his poetry and his novel Witherspoon (1983) that the art of writing well entails finding a balance between the kind of humility to which Redmond alludes and the mastery of craft.

In an interview with Paul Austerlitz included in Jazz Consciousness: Music, Race, and Humanity (Middletown, Ct: Wesleyan University Press, 2005), Milford Graves speaks about his interest in Einstein and quantum physics.  John Coltrane was also immersed in study of Einstein’s physics. In the poetry of Asili Ya Nadhiri, one discovers his indebtedness to jazz and physics, just as one finds in Jeffers’ poetry an indebtedness to the study of anatomy, jazz and classical music.  Strong poets and strong musicians are receptive to mastering their craft by making intellectual investments in disciplines which, on the surface, seem remote from their own.  Assertive humility is important. 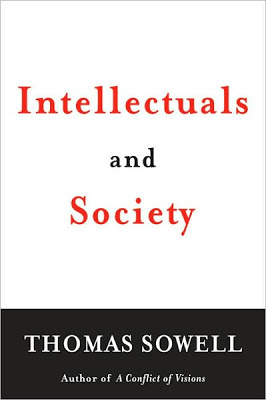 Often only a small portion of a work attaches itself to the mind as equipment for living.  “What happens to a dream deferred?” (Langston Hughes,”Harlem”), “But what I killed for, I am! (Richard Wright, Native Son), or the words I never quote precisely “You know…as well as I we have not been in this howling wilderness for four hundred years for the right to be stupid.” (Toni Cade Bambara, The Salt Eaters)  --- words are weapons for war.  After reading Thomas Sowell’s Intellectuals and Society (New York: Basic Books, 2009), I want to add to the ammunition pile ----“The great problem ---and the great social danger --- with purely internal criteria is that they can easily become sealed off from feedback from the external world of reality and remain circular in their methods of validation” (7).  In those disciplines Sowell chose to criticize, especially those of the humanities, what he calls the “empirical validity” of an idea is rarely discussed.  As we move by way of digital humanities ever deeper into the territory of interdisciplinarity, we need “empirical validity” to protect ourselves from the natives.  It might also be wise to take along some glocks and AK47s that are not metaphors and to let the habit of taking things at Facebook value taste the bitter flavors of death.

A Lament for Ralph Ellison 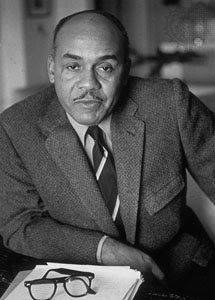 QUESTION:    The Invisible Man creates a space outside of time where he indeed can begin to imagine and construct new relations between the past and present as well as art and technology.  By doing so, he creates a new black future.  How can I expand upon this thought with other literary examples?

With so many political issues being discussed in black novels, how do you distinguish from political propaganda and art?  Or, is it both?  In other words, would some black writers write just for art’s sake and happen to have political sentiments in the work?

Throughout the novel, the protagonist concludes that his invisibility stems from the fact that he is unable to define himself outside the influence of others.  There is a lack of agency that is attributed to blackness.  Nearly everyone that he encounters throughout the novel attempts to tell him who and what he should be.  Thus, his going underground literally is an attempt to define himself for himself outside of time and space (everyday ebb and flow) while still confined by that same time and space.  Is this a correct reading of Ellison’s Invisible Man?  What other literary works deal with these ideas of visibility and invisibility?  It doesn’t have to be a literal invisibility, but perhaps being ignored or overlooked.
Read more »
Posted by The HBW Blog at 7:52 AM No comments: 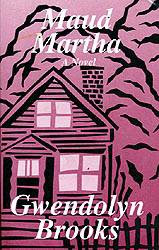 Gwendolyn Brooks Maud Martha (1953) is said to be an example of the decline of the protest novel because it offers a shift to optimism. The novella is semi-autobiographical as it does not offer a straight memoir of Brook’s lived experiences. Additionally, Maud Martha  is structured in vignettes which adds to the very poetic personal story of the protagonist. Furthermore, the novella presents a theme of domesticity that is also present in Brook’s poem “Kitchenette Building” (1963).

One could argue that vignettes fifteen and twenty-three of Maud Martha establish the background for “Kitchenette Building” and help readers come to an understanding of a kitchenette. For instance, vignette fifteen, “the kitchenette,” describes the type of apartment building. Maud Martha imagines the furniture she would like to move into her apartment before she learns that she is not permitted to add, remove, or rearrange any furniture. The apartment and apartment building then become a “gray” space occupied by the odors and sounds of Maud Martha, her husband, and other tenants. Further, “kitchenette folks” describes the tenants and each of their habits.