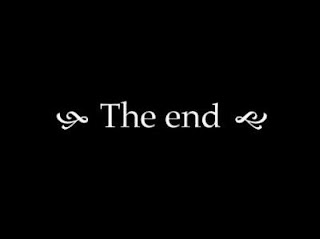 Yesterday, I focused on “first lines” of six canonical novels in the “100 Novels Collection.” Today, I continue my conversation by focusing on the last lines of those novels.” The last lines of the novel are just as telling as the opening lines.
For instance, consider how in the beginning of Invisible Man begins with “I” and ends with “you.” Song of Solomon begins with the concept of flight and ends with flight. Additionally, Native Son begins and ends with an awakening—in the beginning a physical awakening and in the end an awakening to political consciousness. Closer attention to these factors reveal larger traditions of African American literature in how novel endings connect to its beginning.

Alice Walker—The ColorPurple
I feel a little peculiar round the children. For one thing, they grown. And I see the think me and Nettie and Shug and Albert and Samuel and Harpo and Sofia and Jack and Odessa real old and don’t know much what going on. But I don’t think us feel old at all. And us so happy. Matter of fact, I think this the youngest us ever felt.

James Baldwin—Go TellIt on the Mountain
And he felt his father behind him. And he felt the March wind rise, striking through his damp clothes, against his salty body. He turned to face his father—he found himself smiling, but his father did not smile.
They looked at each other a moment. His mother stood in the doorway, in the long shadows of the hall.
“I’m ready,” John said, “I’m coming. I’m on my way.”

Being invisible and without substance, a disembodied voice, as it were, what else could I do? What else but try to tell you what was really happening when your eyes were looking through? And it is this which frightens me:
Who knows but that, on the lower frequencies, I speak for you?
Richard Wright—NativeSon
“Good-bye, Mr. Max.”
Max walked down the corridor.
“Mr. Max?”
Max paused, but did not look.
“Tell….Tell Mister….Tell Jan Hello….”
“All right, Bigger.”
“Good-bye!”
“Good-bye!”
He still held on to the bars. Then he smiled a faint, wry, bitter smile. He heard the ring of steel against steel as a far door clanged shut.

As fleet and bright as a lodestar he wheeled toward Guitar and it did not matter which one of them would give up his ghost in the killing arms of his brother. For now he knew what Shalimar knew: If you surrendered to the air, you could ride it.

The kiss of his memory made pictures of love and light against the wall. Here was peace. She pulled in her horizon like a great fish-net. Pulled it from around the waist of the world and draped it over her shoulder. So much of life in its meshes! She called in her soul to come and see.