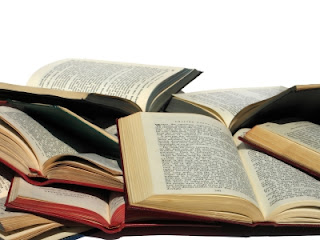 With the holiday season fast approaching, I have begun to compile my reading list for the Christmas and New Years break. Ranging from Jesmyn Ward to Percival Everett, my reading list is comprised of black writers whose work seeks to expand our conception of how black identity is constructed and how we conceive of those persons living on the margins of society.

In some ways, Morrison’s Home provides a revisionist history of the 1950s America to disrupt the “Leave it to Beaver” image that many have about the period and show the struggles that existed under the surface of black American culture.  Tananarive Due, on the other hand, offers Afro-futuristic visions about the healing power of music in her speculative story set in the not too distant future.

My holiday reading list consists of five works of fiction written by black writers published within the last two years.

My Soul to Take by Tananarive Due

Fana, an immortal with tremendous telepathic abilities, is locked in a battle of wills. Her fiancÉ is Michel. But Johnny Wright, a mortal who is in love with her, believes that if she doesn’t stay away from Michel, they will become the Witnesses to the Apocalypse described in the Book of Revelation. Fana and the Life Brothers are rushing to distribute their healing “Living Blood” throughout the world, hoping to eliminate most diseases before Fana is bound to marry Michel. Still, they cannot heal people faster than Michel can kill them.

Ogden Walker, deputy sheriff of a small New Mexico town, is on the trail of an old woman’s murderer. But at the crime scene, his are the only footprints leading up to and away from her door. Something is amiss, and even his mother knows it. As other cases pile up, Ogden gives chase, pursuing flimsy leads for even flimsier reasons. His hunt leads him from the seamier side of Denver to a hippie commune as he seeks the puzzling solution.

Frank Money is an angry, self-loathing veteran of the Korean War who, after traumatic experiences on the front lines, finds himself back in racist America with more than just physical scars. His home may seem alien to him, but he is shocked out of his crippling apathy by the need to rescue his medically abused younger sister and take her back to the small Georgia town they come from and that he’s hated all his life. As Frank revisits his memories from childhood and the war that have left him questioning his sense of self, he discovers a profound courage he had thought he could never possess again.

The novel takes place in the first few months following the Confederate surrender and the assassination of Abraham Lincoln. Upon learning of Lee's surrender, Sam—a runaway slave who once worked for the Union Army—decides to leave his safe haven in Philadelphia and set out on foot to return to the war-torn South. What compels him on this almost-suicidal course is the desire to find his wife, the mother of his only child, whom he and their son left behind 15 years earlier on the Mississippi farm to which they all “belonged.” At the same time, Sam's wife, Tilda, is being forced to walk at gunpoint with her owner and two of his other slaves from the charred remains of his Mississippi farm into Arkansas, in search of an undefined place that would still respect his entitlements as slaveowner and Confederate officer.

Salvage the Bones by Jesmyn Ward

A hurricane is building over the Gulf of Mexico, threatening the coastal town of Bois Sauvage, Mississippi, and Esch's father is growing concerned. A hard drinker, largely absent, he doesn’t show concern for much else. Esch and her three brothers are stocking food, but there isn't much to save. Lately, Esch can’t keep down what food she gets; she's fourteen and pregnant. Her brother Skeetah is sneaking scraps for his prized pitbull's new litter, dying one by one in the dirt. Meanwhile, brothers Randall and Junior try to stake their claim in a family long on child's play and short on parenting.

Email ThisBlogThis!Share to TwitterShare to FacebookShare to Pinterest
Labels: Lists