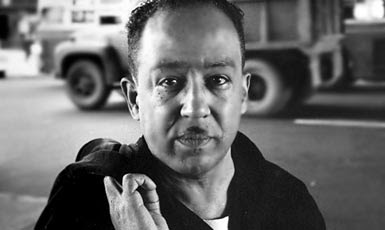 Like most people, I have been looking back over the year these last few days, thinking especially about the spikes in the news.  It’s easy to be political, given the November election, putting Obama in the White House for a second term, giving him and the nation another first.

But since 2013 is the thirtieth anniversary for the Project on the History of Black Writing, I want to stick closer to home, to what I know and do best.


For Black Writing, the National Book Awards Committee’s selection of Nikky Finney and Jesmyn Ward, for poetry and fiction, respectively, and Natasha Tretheway’s selection as National Poet Laureate, earn gold stars for me.  Not only are they all African American women, but these actions also confirm what many of us already knew about the quality and quantity of black writing.  There are many excellent poets who others may not know. Moreover, we can use this increased visibility for exploring the range and diversity of the newest evolution in Black poetry. Expect more dialog about this during HBW’s summer institute, “Don’t Deny My Voice,” July 14 – August 3 at the University of Kansas, funded by NEH.

Speaking of national poet laureates, however, I’m also reminded of Langston Hughes, who had earned the title “Negro Poet Low-rate,” a backhanded compliment from some of his fellow poets.  Hughes indeed has much to teach us, and his infinite wisdom, forged through his extensive career as a poet, translator, playwright, essayist, satirist, anthologist, literary historian, and fiction writer for children and adults, was deeply indebted to African American culture.  Hughes was also unique in his ability to move across color, language, class, and racial boundaries.

The opening line from Hughes’ poem “Note on Commercial Theatre” jumped out at me when I thought about one the most widely circulating items from last year: the controversy surrounding The Help.  Hughes quipped, “They’ve done taken my blues and gone . . .”

Kathryn Stockett published The Help in 2009; after a stage run, it was adapted to film for an August 2011 release.  Not only was it one of the largest grossing films, ranking # 1 at the box office for multiple weeks, but it also garnered 4 Oscar nominations and 1 win for best supporting actress at the 2012 Academy Awards. This fact, coupled with the Screen Actors Guild Award, meant that even bad press would be good for sales. Throughout 2012, the film faced a mountain of controversy. Hated and loved by as many black viewers as white, The Help enjoyed a lengthy and lucrative run in theatres worldwide. 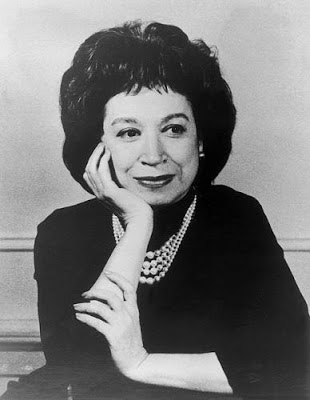 But here’s perhaps a not-so-surprising fact. The model for this book, in idea and form, had existed much earlier. Alice Childress (1912-1994) published Like One of the Family: Conversations from a Domestic’s Life in 1956.  A friend of Langston Hughes, Childress had been a maid herself and based the novel on her own experience, but would become better known as an actress and playwright (Trouble in Mind, 1955; Wedding Band, 1962), a contemporary of Lorraine Hansberry. Her novel, Like One of the Family, did little for Childress’s literary reputation and brought none of the money that Stockett’s book and film would receive years later.  Childress was knowingly left-leaning, and the book was far ahead of its time, even though Hughes used a similar format for his fictional character Jesse B. Semple (Simple), the series that reached its readers through black newspapers beginning in 1943.  Childress and the book fared no better with its 1986 rerelease by Beacon, this time carrying a new introduction by noted scholar Trudier Harris. By the time LaVinia Jennings published the biography, Alice Childress (1995), the writer was unable to reap any benefits.  Childress had died a year earlier.

However, Beacon Press was unable to ignore the buzz surrounding The Help and had the good sense to take action, which pressure from groups such as the Association of Black Women Historians strongly encouraged.  ABWH made a very public objection to The Help, issuing, in fact, their “Open Statement to the Fans of The Help” immediately upon the film’s release.  Their decision to use knowledge to fight the stereotypes they believed the film portrayed was a wise one: their  suggested bibliography lists Like One of the Family as the top reading choice.

Beacon quickly issued its 2012 edition of Childress’s novel with the tag line: “Like One of the Family, which provides historical context for Kathryn Stockett’s novel The Help . . .” (emphasis mine)—now the standard description on Amazon, Google, GoodReads, and other sources.

So what do we make of the fact that Stockett, a professional writer from the South, who turned to Eudora Welty for inspiration and source material, didn’t mention Childress’s work in any of her media interviews, and there were many. Is this really surprising . . . or business as usual?  Should we expect, after some further discussion, with her or among the critics, a change in the tag line for The Help?

Langston Hughes says it best, turning his anger and frustration into a very fine art. We should all vow to read him more closely in the New Year. . .  and do our own homework.

The Project on the History of Black Writing has been presenting and preserving black writing since 1983.  Find us on Facebook and Twitter.