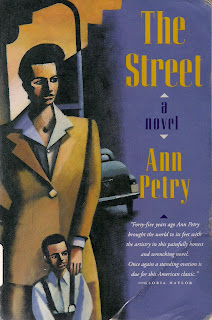 After my mother passed, I found in the pages of her journal—the story of a woman’s life I had little understood. She was consumed by self-hatred, and could not face life as an unloved overweight woman. Much of her life was spent caring for eight children she had by six men she thought loved her. The contradiction between her negative self-images and her undying commitment to her children have provided the motivation to study the lives of black women, the stories we write about them, and the practices associated with sexism and racism in our society.


While reading Ann Petry’s 1946 novel, The Street, I was constantly reminded of my mother and her journey as a Black mother. I was also reminded of several poems about Black motherhood, including Langston Hughes’ “The Negro Mother,” mainly because of the idea of motherhood and the slight differences in their endings. As the back cover states, it “tells the poignant, often heartbreaking, story of Lutie Johnson, a young black woman, and her spirited struggle to raise her son amid the violence, poverty, and racial dissonance of Harlem in the late 1940s.” It is a novel of social realism and protest (of the Richard Wright School), and features themes, such as spectatorship, the environment as a character, and gender politics. Because my research involves examining the confrontation of racism and sexism for Black women in Literature, Poetry, and society more generally, I’m choosing to focus on the gender politics, though the three aforementioned themes are very much interrelated.

The novel examines the domestic identities of Black womanhood and motherhood. The adversity that Lutie experiences in the novel, including rape and murder, is very much connected to the ways in which Black womanhood and motherhood are constructed in other novels and in real life. For example, Lutie’s plight as a Black worker could be connected to Bessie’s life as a laborer in Richard Wright’s Native Son. Additionally, Lutie’s journey as a young, Black woman and mother is situated in an environment of struggle. She struggles to support her child and obtain her personal desires. At the end of the novel, readers find that she leaves Bub, and travels to the streets Chicago. She states (to herself), “He’ll be better off without you “(435). Her statement provides insight into the ways in which society characterizes Black women in terms of motherhood. Lutie has internalized the idea that she is not fit to be a mother. She does not believe that she can support Bub financially or protect him, and that she could only make his life worse. Examining Lutie’s journey, the novel encourages us to ask questions about motherhood and what it means for a Black woman to be a mother, especially after she has internalized racist ideas about her capabilities. Do we perpetuate racist notions of motherhood for Black women, or force them into the same roles as White women? Really, what do we expect from Black mothers, and how is what we expect shaped by the world we live in? 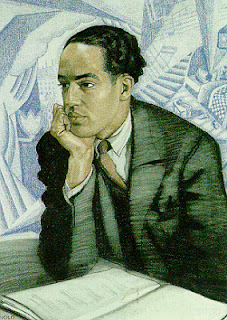 While Langston Hughes’ poem, “The Negro Mother” delivers a similar story of adversity for its speaker, it provides readers with an (slightly) alternate “ending” of Black womanhood. Throughout the poem, the speaker provides an historical account of the treatment and work of Black women in order to inspire and show her dedication her children: Three hundred years in the deepest South:/But God put a song and a prayer in my mouth./God put a dream like steel in my soul./Now, through my children, I'm reaching the goal.” Furthermore, the speaker presents a slightly different connection between Black mothers and their children. At the end of the poem, the speaker explains that she will always be with her children, and she wishes that her children will never experience her same sorrows: Look ever upward at the sun and the stars./Oh, my dark children, may my dreams and my prayers/Impel you forever up the great stairs — /For I will be with you till no white brother/Dares keep down the children of the Negro Mother.” Here, readers see a mother who prays to be ever connected to her children—something typical of a mother’s desires.


On the other hand, at first glance, readers may see Lutie as someone who does not wish to fulfill her role as a mother. However, examining the text closer, Lutie hopes are similar to that of the speaker’s in “The Negro Mother”. The text states, “Would he remember that she loved him? She hoped so…” (435). Though Lutie leaves Bub, readers can still that Lutie still wishes to fulfill her role as a mother (however she chooses) though her struggles have physically separated the two. She still wishes to be connected to Bub in some way though she does not believe she can provide for him. Juxtaposing the two pieces, one may even see “The Negro Mother” as Lutie’s story or monologue. Both women struggle to fulfill and cope with the roles given to them. The two women both struggle in their connections with their children; they both lose their children due to their circumstances:


Children, I come back today
To tell you a story of the long dark way
That I had to climb, that I had to know
In order that the race might live and grow.
Look at my face — dark as the night —
Yet shining like the sun with love's true light


I am the child they stole from the sand


three hundred years ago in Africa's land.
I am the dark girl who crossed the wide sea
Carrying in my body the seed of the free.
I am the woman who worked in the field
Bringing the cotton and the corn to yield.
I am the one who labored as a slave,
Beaten and mistreated for the work I gave —
Children sold away from me, husband sold, too.
No safety , no love, no respect was I due.


The ending, even, could also serve as Lutie’s prayer for Bub. It could help Bub see that she loves him, and understand why she chose to leave him:


Remember my sweat, my pain, my despair.
Remember my years, heavy with sorrow —
And make of those years a torch for tomorrow.
Make of my pass a road to the light
Out of the darkness, the ignorance, the night.
Lift high my banner out of the dust.
Stand like free men supporting my trust.
Believe in the right, let none push you back.
Remember the whip and the slaver's track.
Remember how the strong in struggle and strife
Still bar you the way, and deny you life —
But march ever forward, breaking down bars.
Look ever upward at the sun and the stars.
Oh, my dark children, may my dreams and my prayers
Impel you forever up the great stairs —
For I will be with you till no white brother
Dares keep down the children of the Negro Mother.
Posted by The HBW Blog at 8:11 AM