Disney and Diversity Part II: What We Owe to Oprah 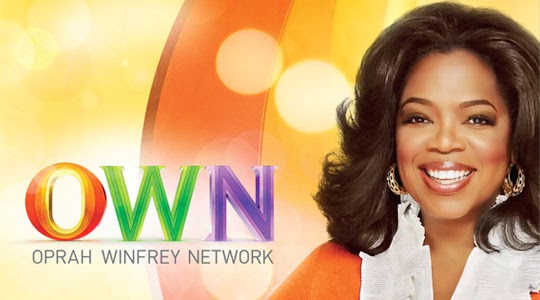 What are we to do with Disneyfication? It's here to stay. I may be succumbing to the mass media hype, but I am no longer ashamed to admit that I have hope in Oprah.

Admittedly, Oprah caught my attention when she reassessed the impact of her book club and brought it back after a one-year hiatus in 2002. As a teacher of literature, I continued to be pleasantly surprised by her selections. While publishers maintain the separation between "literary" and "popular" fiction, which traditional English departments have reinforced over the years, Oprah ignored the distinction. Instead, she let us know that she was a reader, and her selections followed the reader's ecumenical taste and logic. Thus, forgotten classics appeared alongside contemporary works that she "discovered," turning them into overnight sensations.

The "Oprah's Book Club" gold seal became a marker of association and status; it symbolized a brand. Oprah had learned from Disney. She became a household name as she built an empire.

Much has been said about the Oprah effect, and we have to thank her for encouraging America to read across the color line, turning her faithful followers into passionate readers. Her reach was broad, intentionally diverse, her appeal always personal. The year she discontinued the club, the reason she gave resonated with all of us in the academy. She couldn't keep up with reading itself and stay on top of everything that was coming out. Alas, Oprah was like us: she was human.

Some might see Oprah as a glamorized, updated version of the talk show melodrama, or the True Confessions magazine. But she does go into uncharted territory. Her trademark became the personal interview, where having taken the public's pulse, she asks tough questions to get some answers as she did with then President Bill Clinton. What made you do it? It was the only question we wanted to ask, after everything else was over and done with. He couldn't apologize enough, but he could give Oprah three simple words that spoke volumes, "Because I could..." There it was, the truth about power and privilege. The truth about humanity.

When the Oprah television ended its long run, a new Oprah was born. Diversity for Oprah has now come full circle with OWN, where Oprah makes no apologies for her deliberateness. She takes that most segregated day in America--Sundays--to introduce her "Super Soul Sundays." The talks cut to the core, how we can make our lives qualitatively better, how we are wreaking havoc in the world, how our inability to accept each others differences--whether it be religious, racial, ethnic, political--limits our potential to solve global problems. The speakers range from Maya Angelou to Thich Nhat Hanh.

Earlier in her career, Oprah helped to launch the careers of Dr. Oz (2009), Dr. Phil (2002), and established her own magazine, O: The Oprah Magazine. With OWN she draws a line in the sand. She reminds us where her roots are (church) and fully knows her audience base. Her new launches, Iyanla; Fix My Life; Welcome to Sweetie Pie's, Houston Beauty follow the reality show model. What all three have in common is the savvy black woman who is, like Oprah, at the top of her game. Iyanla Vanzant is a widely known relationship expert and author. Glenda Jemison, much lesser known, is the owner of Franklin Beauty school, a 98-year old black family business. Robbie Montgomery built a soul food empire using the recipes she learned from her mother growing up in Mississippi. Oprah's choice of black shows may be a lightning rod for black business, but each looks inside a complex world far removed from the larger public's view.

Then there's Oprah's Life Class, where we get people like Brene Brown and T.D. Jakes. With the latter, we are immersed in the Potter's House, the mega phenom built on the spirit and vitality of black church culture. Oprah's Next Chapter, reminds us what gives Oprah her edge, taking us inside the lives of the rich and famous, many of them sharing a confessional moment that we have all been waiting for. For Where Are They Now Oprah digs into her own archives, showing us history int he making, as it was and as it is now.

Arsenio recently returned to late night television, seems to be expanding upon the model. In a show clearly geared to an urban audience, Arsenio brings us refresher courses in history. Time and time again, his guests insert themselves into the larger worlds they are part. Quincy Jones, for example, detailed his life story within the traditions of black music--blues to bop to hip-hop, Whoopi Goldberg, promoting a Moms Mabley revival, explained the difficulty of bringing America's first stand up comic to life for 21st century audiences, who have little appreciation for Mabley's voice and style that predated television. To make her point, Whoopi offered quotes from Mabley showing her particular way of attacking racism through humor. These mini lessons were powerful enough even an unsuspecting audience could not miss them.

If Oprah champions black women, Arsenio's focus is black men and fatherhood. He openly shares experiences as a single father of a  12 year old son, and his guests provide an opportunity to focus on larger social issues concerning black youth. Hill Harper discussed his new book, Letter to an Incarcerated brother, that follows his earlier Letter to a young Brother. Likewise, Mike Epps, a high school drop put and four-time felon, used the show as his pulpit, admonishing urban youth to learn from his example, to change the downward spiral of their lives.

As edutainment, Oprah creates new spaces for voices that have something to say, telling us what we don't know, pealing away the glitz and glamour that so hides the truth and the meaning we can draw from it.

Walt Disney saw history as a new field to be mined, but it had little meaning outside of its appeal product for consumption. Disney lived in a world without our current degree of social awareness or ethical responsibility; he was building the great society the only way he knew how.

Oprah and Arsenio ask questions of that history, questions the rest of us are afraid to ask. They push us beyond our narrow boundaries. As universities continue to tighten their belts and consolidate programs, we may need Oprah and Arsenio to educate a true multicultural society.

Maybe it's time for The Oprahfication not Disneyfication of America.