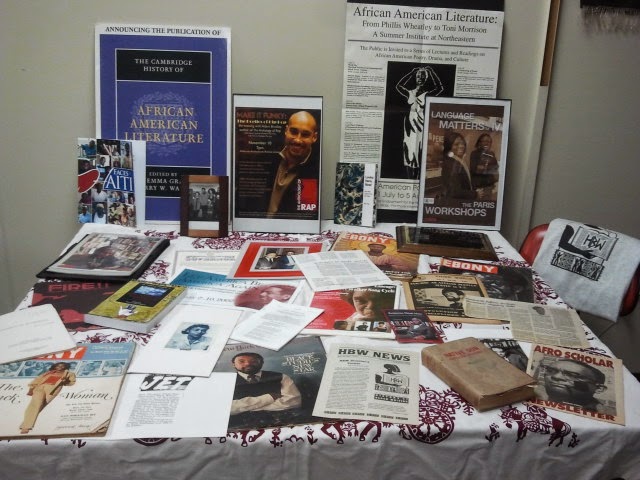 On October 16 and 17, six prospective graduate students from across the United States visited KU as part of the second annual Jayhawk Sneak Peek Weekend, an initiative dedicated to increasing graduate student diversity in the English Department through recruiting students from traditionally under-enrolled populations.

Excited to play a part in this important weekend, HBW elected to hold our official Open House while the prospective students were in town.  Partnering with the Sneak Peek Committee to provide a brunch for visitors, we opened our office doors to the KU campus in the hopes of sharing our work with a wider audience. 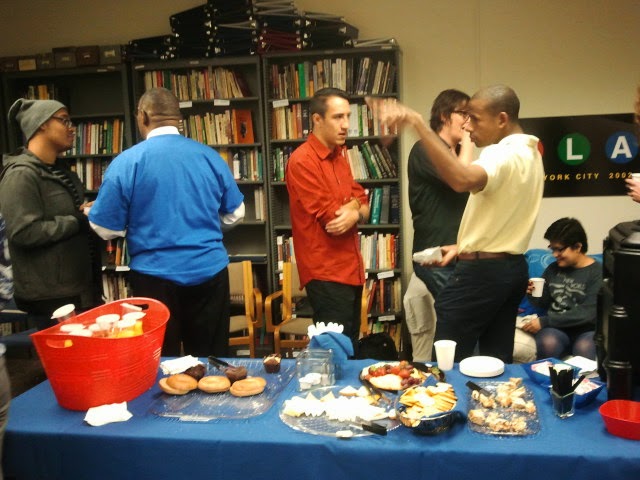 The results were even better than we hoped: over the course of our four-hour Open House, dozens of students, faculty, and staff dropped in to get to know HBW and the Sneak Peek guests better.  Some were able to stay only a few minutes; others remained for an hour or more, looking through HBW's novel collections and project displays.  (Our early edition of Richard Wright's Native Son, written about in more detail here, was a particular hit with visitors.) 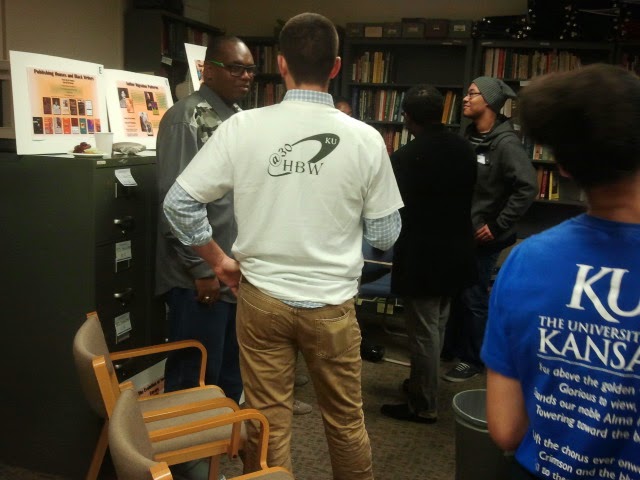 If there was a downside to the Sneak Peek Weekend and HBW Open House, it was only that we couldn't spend as much time with our visitors as we would have liked.  But the six prospective students were on a tight schedule: over the course of a whirlwind 24 hours in Lawrence, they toured the KU campus, met with faculty and graduate students, sat in on a graduate class discussion of Jean Toomer's Cane, and attended symposia about faculty research interests and how to write effective grad school applications. 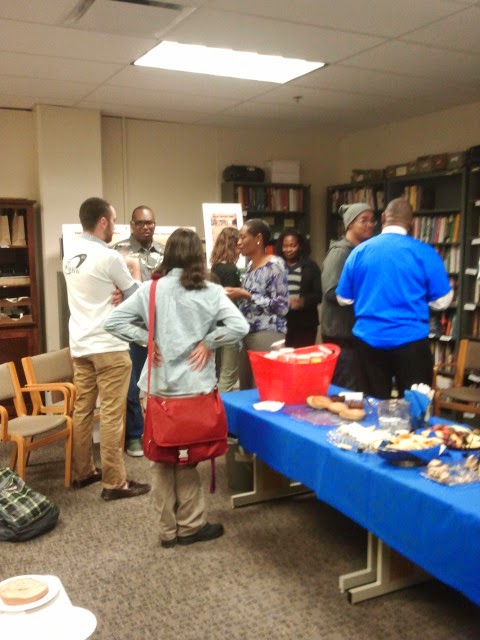 In spite of the slight time constraints, Sneak Peek Weekend and the HBW Open House were both rousing successes, allowing space for current members of the KU community to get to know some potential future colleagues in a stimulating and welcoming environment. 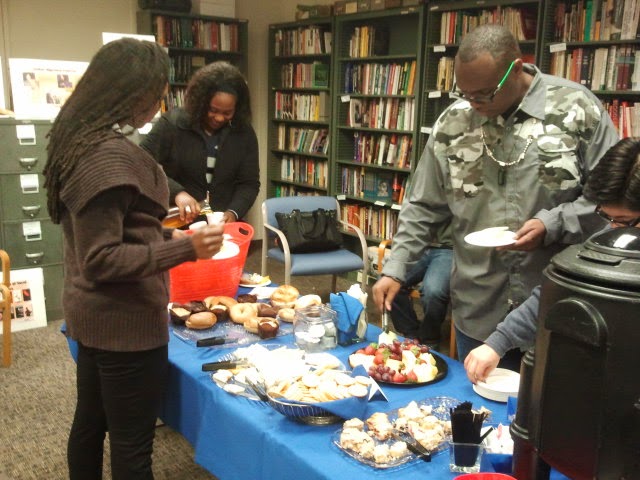 Many thanks to the Diversity Committee for its hard work in putting the Sneak Peek Weekend together, as well as to all of the faculty, staff, and graduate students who attended the HBW Open House throughout the day! 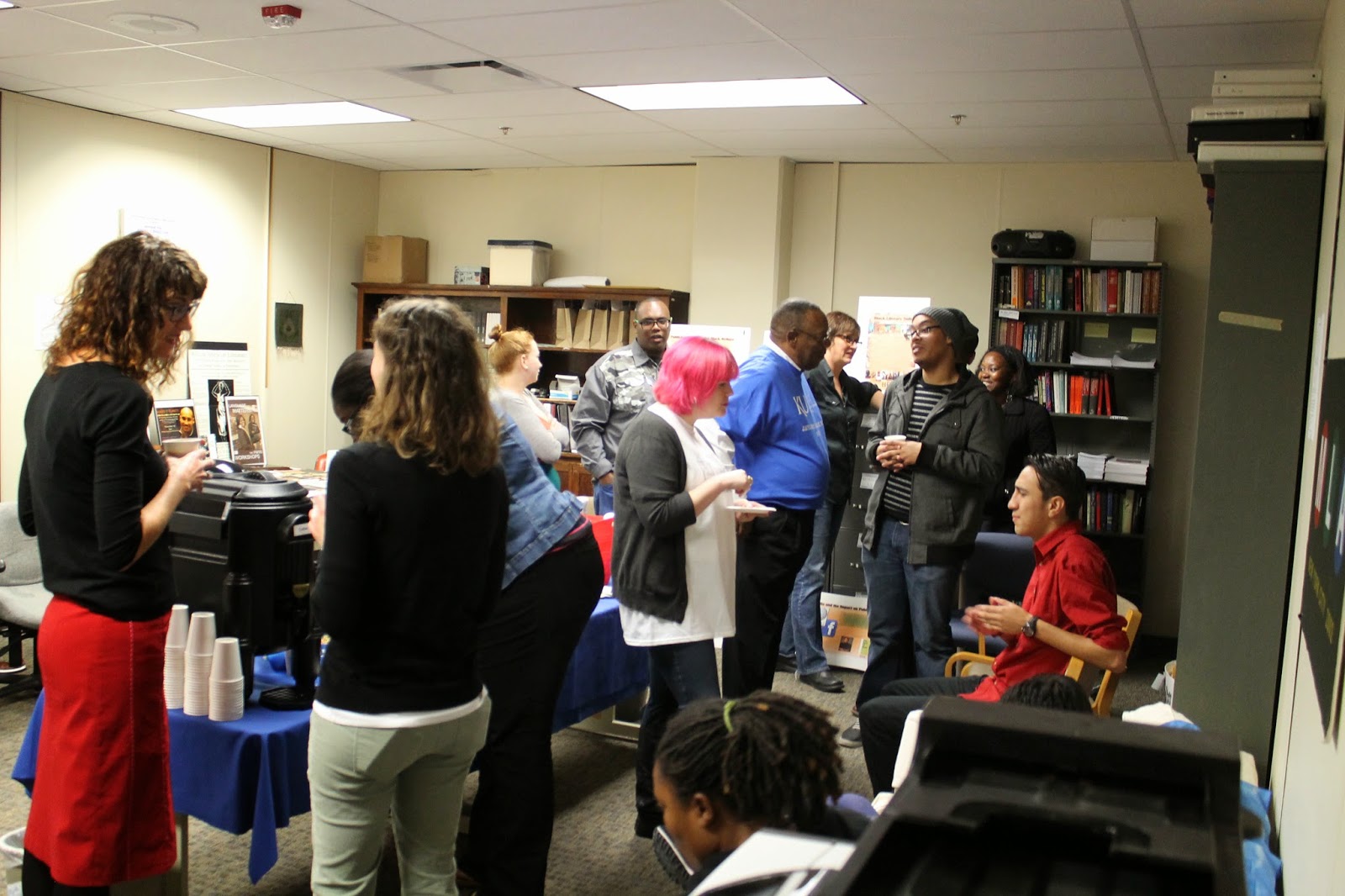 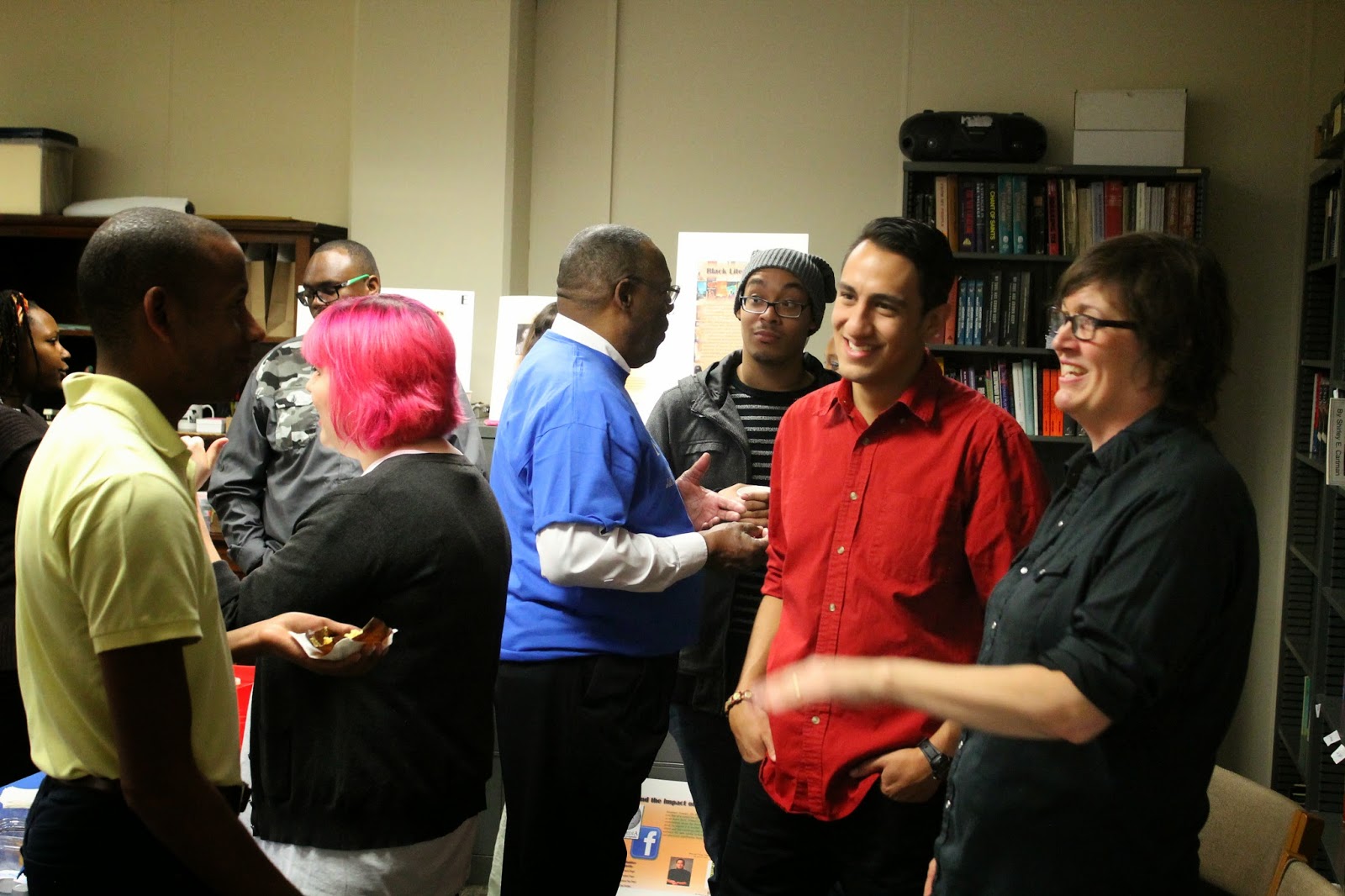 Photos by Meredith Wiggins and Kenton Rambsy
Posted by The HBW Blog at 8:00 AM