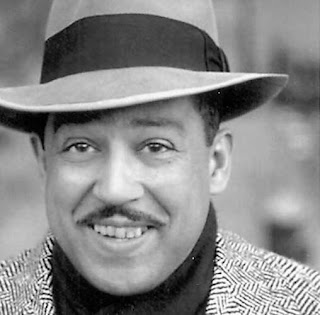 The following piece has been used with permission from the owner. A link to the original post is listed below.

"Famed writer and one-time Lawrence resident Langston Hughes, born in Joplin, Mo., 114 years ago, is celebrated throughout the University of Kansas and the city. To help us celebrate his birthday and kick off Black History Month, we spoke to professors across campus to tell us what we should know about Hughes’ significant and broad career and the lasting impact his work had on American culture … in a nutshell."

“Hughes spent his formative years in Lawrence. He learned many of his values from his grandmother, which are revealed in his various forms of writing,” said Edgar Tidwell, professor of English. A number of autobiographical moments from his time in Lawrence appear especially in Hughes’s novel “Not Without Laughter,” Tidwell said.

Read more about the "9 things you should know about Langston Hughes."
Posted by The HBW Blog at 4:11 PM