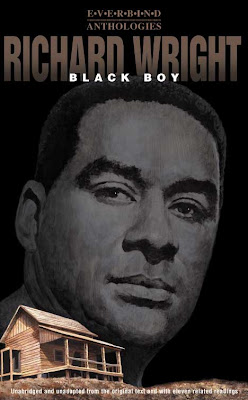 [By Kenton Rambsy]
A consideration of Richard Wright’s childhood provides an opportunity for continuing to unpack the often hidden baggage associated with “self-taught” education. Wright’s maternal grandmother and mother were likely key and early contributors to the young Wright’s intellectual development.

Hazel Rowley writes in Richard Wright: The Life and Times that Wright’s mother Ella Wilson Wright was a significant figure in his educational development by teaching her son how to read at an early age when his father abandoned the family, and it became Wright’s responsibility to run errands around their neighborhood, leading him to develop his educational abilities (21). Since Wright’s mother was aware of the fact that her son did not have access to schooling year-round, she tutored him to ensure that he would have the basic knowledge to be a fully functional person in a literate society.


He notes in Black Boy that “On Sundays I would read the newspapers with my mother guiding me and spelling out the words” (Wright 23). The attention that Wright’s mother placed on reading helped to shape his ideas and imagination early on in his life. Notably, Wright dedicated his first novel Native Son “To My mother who, when I was a child at her nee, taught me to revere the fanciful and the imaginative.” 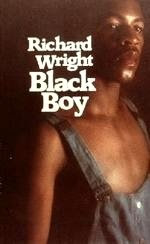 Wright’s grandmother and her strong religious presence—notwithstanding the problems they caused him—encouraged Wright to think creatively about narratives and folk culture. Michel Fabre explains in The Unfinished Quest of Richard Wright that “Wright also was heir to a wealth of legends, surviving ancestral beliefs, proverbs, folk sayings, tales, and superstitions ranging from voodoo to Christianity, all of which form a rich repertory in Black Boy” (26). Wright explains in Black Boy that “Many of the religious symbols appealed to my sensibilities and I responded to the dramatic vision of life held by the church” (112). Wright was surrounded by many storytellers in the religious tradition who in some ways inspired his own approaches to weaving narratives.
Even though Wright viewed his grandmother’s religious teachings and rules with contempt, the black church and broader African American cultural practices would become important sources for Wright’s future work as a writer. Wright was remarkable in his own right, and the influence and assistance he received from his mother and grandmother reveal that he was the beneficiary of rich cultural traditions.
Posted by The HBW Blog at 10:05 AM