[By Kenton Rambsy]
The overall importance of RichardWright in African American literary and intellectual history makes it vital to consider his background and educational development in order to fully appreciate how he became such a significant figure. Wright’s move to Mississippi as a adolescent and his enrollment at Jim Hill Primary School were key factors in the expansion of his life chances and opportunities. 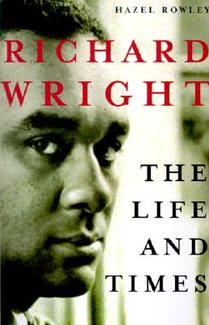 Hazel Rowley writes in Richard Wright: The Life and Times that attending Jim Hill gave Wright entry into another world since “The Jim Hill students belonged to the black middle class—if not in income, at least in their outlook on life” (21). For Wright and the other students at the school, the small black professional community of lawyers and doctors in Jackson, Mississippi “were held up to the students as models” and constantly interacted with the students to encourage their educational pursuits (21).

The time Wright spent at the school helped to influence him to aspire to professional goals that may have been unusual for young black boys from his socioeconomic background during the time period. The formal educational environment Wright was in had considerable effects on his personal outlook; some of his Jim Hill peers and the local black professionals provided him with empowering models.
Wright also used his employment to gain access to books and other materials, which would greatly expand his mindset concerning politics, race, and identity. Wright’s job delivering the Chicago Defender introduced him to a community where he gained scholarly benefits by being required to make deliveries to local schools such as Jackson College.
Rowley notes that during his time visiting Jackson College’s campus, Wright was able to gain additional employment during the football seasons carrying buckets of water for the coaches. Wright was also introduced to Mr. Zack G. Hubert, the president of Jackson’s College and his two sons around Wright’s age “who used to lend him books” (32). The informal library system helped to support Wright’s interest reading new materials, which would have been otherwise outside of his grasp. 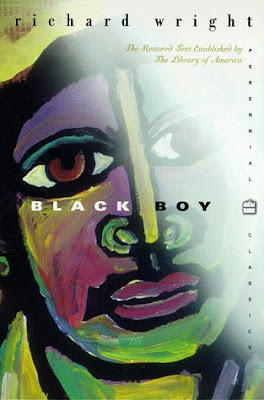 In Black Boy, Wright recalls delivering papers and explains that “I waited, annoyed, eager to be gone on my rounds so that I could have time to get home and lie in bed and read the next installment of a thrilling horror story” (130). ). His descriptions of his paper deliveries does not recount the many people whom he met on his routes and how his interactions with them sharpened his social skills.
As a result, many readers will probably underestimate the degrees to which Wright’s interactions with people at Jackson College and on his paper route helped to expand his intellectual and professional interests. Yet, a consideration of the cultural and historical context of Jackson, Mississippi, such as the one Rowley offers, during the time of Wright’s adolescence reveals how essential formal and informal networks were to his overall development.
Posted by The HBW Blog at 9:18 AM