In the same way that threats of violence did not always dissuade  slaves’ attempts to escape, the threat of injury or even death was not enough to keep many African Americans quiet. In some instances, African Americans made the pen mightier than the whip.
Maria Stewart (1803-1879) 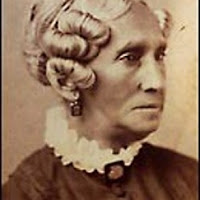 “ It is not the color of the skin that makes the man, but it is the principles formed within the soul.”
--Maria Stewart, Religion ad the Pure Principles of Morality, the Pure Foundation on Which We Must build (1831)
Sound familiar? Like Dr. Martin Luther King Jr., Maria Stewart argued that a person’s character, not color, is the most important part of a person. Thus, Stewart proposed change through moral reform. However, her principles transcended race to include gender and class. She was radical in that she called for a reexamination of gender roles and objected oppression on the basis of socio-economic status within both black and white communities.
Henry Highland Garnet (1815-1882) 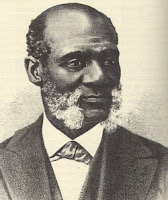 “God will not receive slavery, nor ignorance, nor any other state of mind, for love and obedience to Him. Your condition does not absolve you from your moral obligation. The diabolical injustice by which your liberties are cloven down, NEITHER GOD NOT ANGELS, OR JUST MEN, COMMAND YOU TO SFFER FOR A SINGLE MOMENT. THEREFORE IT IS YOUR SOLEMN AND IMPERATIVE DUTY TO USE EVERY MEANS, BOTH MORAL, INTELLECTUAL, AND PHYSICAL, THAT PROMISES SUCCESS.”
--Henry Highland Garnet, “An Address to the Slaves of the United States” (1848)
Henry Highland Garnet was one of the first African American leaders to openly support a “by any means necessary” approach. Although many abolitionists disagreed with his stance, Garnet advocated violence as a mode for uplift. Furthermore, Garnet was an advocate of pan-Africanism. His philosophies helped to lay the blueprint for Black leaders in the twentieth century. 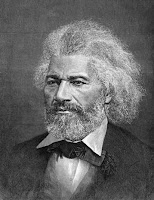 Frederick Douglass (1818-1895)
“What, to the American slaves, is your Fourth of July? I answer: a day that reveals to him, more than all other days in the year, the gross injustice and cruelty to which he is the constant victim. . . . There is not a nation on the earth guilty of practices, more shocking and bloody, than are the people of these United States, at this very hour.”
--Frederick Douglass, “What to the Slave is the Fourth of July” (1852)
Frederick Douglass made a bold statement with this speech in 1852. Less than 100 years after the American Revolution, Douglass challenged the moral principles on which the United States was founded. In doing so, he essentially declared the U.S.A. a nation of immoral hypocrites. From someone considered to be a noncitizen and a less than human being, such a declaration was most militant. 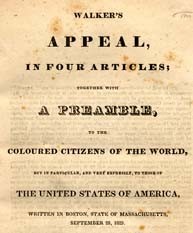 “And yet, those avaricious wretches are calling for Peace!!!! I declare, it does appear to me, as though some nations think God is asleep, or that he made the Africans for nothing else but to dig their mines and work their farms, or they cannot believe history, sacred or profane. I ask every man who has a heart, and is blessed with the privilege of believing—Is not God a God of Justice to all his creatures?”
-- David Walker, David Walker’s Appeal in Four Articles; Together with a Preamble, to the Couloured Citizens of the World (1830)
Half plea and half warning, David Walker’s pamphlet arouses militancy in black rebels and gives their masters a reason to be scared. His focus on history gives the essay the tone of an academic lecture, while his fiery rhetoric provides the passion of a sermon. These two things combined make Walker’s speech a dangerous weapon for rousing militancy amongst embittered slaves. 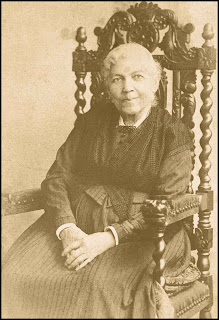 Harriet Jacobs- (c.1813-1897)
“That which commands admiration in the white woman only hastens the degradation of the female slave. I know that some are too much brutalized by slavery to feel the humiliation of their position; but many slaves feel it most acutely, and shrink from the memory of it. I cannot tell how much I suffered in the presence of these wrongs, nor how I am still pained by the retrospect. My master met me at every turn, reminding me that I belonged to him, and swearing by heaven and earth that he would compel me to submit to him.”
-- Harriet Jacobs, Incidents in the Life of a Slave Girl (1861)
Harriet Beecher Stowe may have been the “little lady to start the war,” but Harriet Jacobs initiated a war that is still ensuing today. In her slave narrative Incidents in the Life of a Slave Girl, Jacobs reveals the sexual violations she faced as a black woman and tells of desperate acts of rebellion. For example, to avoid being impregnated by her master, she chooses to have a baby by another white man. Jacobs’s account of her oppression through the lens of sex and race help to widen our understanding of the various experiences of slavery.
Posted by The HBW Blog at 7:46 AM