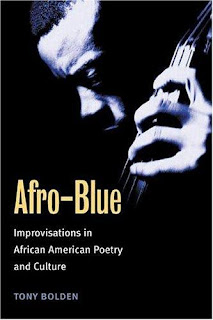 Please leave your thoughts in the comment section
[By Kenton Rambsy]
Tony Bolden, author of Afro-Blue: Improvisations in African American Poetry and Culture, proposes “vernacular cultures are always dialogic relative to dominant cultures, so they are never static but rather always in flux...writers (artists) who appropriate the vernacular must confront the constant risk of erasure” (26). Bolden’s concept of the ever-changing vernacular culture helps to explain frequent reimagings of slavery and struggles for liberation by black literary artists.
Black writers, musicians, and other artists working in a range of genres use vernacular language to re-envision history and re-image the legacy of enslaved persons. Defiantly, against most popular appraisals of history, these artists validate the independence, intelligence, and ingenuity of their enslaved ancestors through their artistic renderings.

Kanye West belts out in his 2004 melodramatic song “Spaceship,” that he wishes “I could buy me a spaceship and fly past the sky.” There is a long history of African Americans seeking to fly away and liberate themselves from particular limited if not oppressive circumstances. Most notably, the subjects of flight and deliverance were expressed throughout slave songs or spirituals.
Toni Morrison’s critically acclaimed novel Song of Solomon examines the historical and intergenerational consequences of human bondage that also stem from this period in American history. For the novel’s protagonist, Milkman, the idea of flying—metaphorically and literally—allows him to realize how his enslaved ancestors possessed social agency, despite physical constraints. 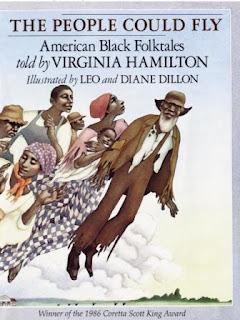 Despite being generations removed from slavery, West and Morrison both extend artistic and cultural traditions of African American life and reveal the subtle and overt ways black people confront social barriers. West and Morrison demonstrate how black cultural motifs, such as flying, can be presented to reading and listening audiences alike and create different impressions about the possible means to free oneself from physical, social, mental, and economic bondage. Their artistic representations and treatment of physical and economic bondage paint black people in a new light—as active suitors in their struggles for freedom.
Over the course of the next two weeks, the HBW Blog will focus on how black literary artists have represented “slavery and struggles for freedom” in their works. Posts will focus on a list of rebel writers during the antebellum period; Ishmael Reed’s satirical poem “Flight to Canada,” Phillis Wheatley’s “On Being Brought from Africa to America,” Charles Johnson's Middle Passage and an examination of Kevin Young's Kevin Young’s Ardency: A Chronicle of the Amistad Rebels poems about Frederick Douglass by contemporary poet Evie Shockley.
Posted by The HBW Blog at 8:06 AM